My phone rings with a text message March 28, 2015. It is my look out – Heather. “Bill, train travelers in town”. I jump into action, grab my gear and head for the identified area. I introduce Hopper, Dirty, and Nitro the dog.
Hopper, 36 years old, - combat veteran, a Marine, all the stories you hear about our veterans who come back from war broken mentally and physically, this is who Hopper is. Out of respect for his privacy, I will only tell you he is from New York and has a family. He has been riding trains for the last 6 years. Nitro belongs to Hopper. Hopper found him behind an abandoned house, on the verge of death. He has 3 more states to travel through and he has hit all of the lower 48. From the 90 minutes I spent with him, he is very smart and strong willed. Thank you for serving your Country.

Dirty, 23 years old. Starting riding trains when he was 14 years old. He has been through all of the lower 48 states. Dirty is from Oregon. His favorite car to ride is a Pig in a Bucket. Dirty taught me – average train is 80-100 cars. A train with 100 cars is a mile long. We went to a spot to watch the trains – Dirty took me down the tracks to show me the different cars.

They met up in about one and half weeks ago in Savanah, GA. They will travel together until it is time to go their separate ways. They had a main thing in common, they were both headed North. They actually wanted to stop in Richmond but they fell asleep and rode into Baltimore. Another great photography experience for me!
Read More 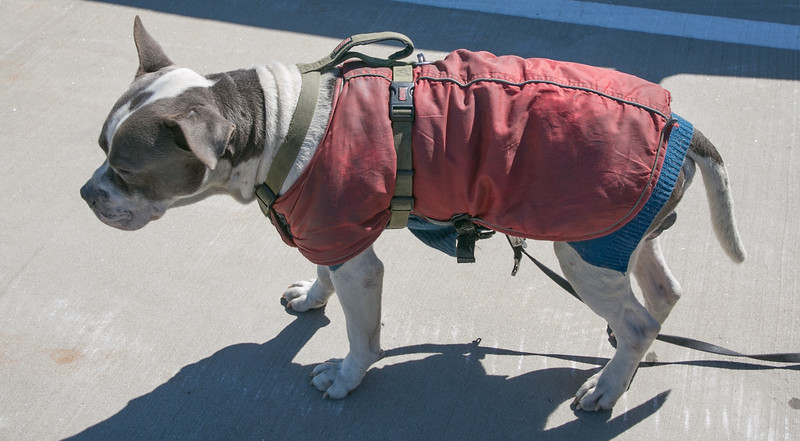